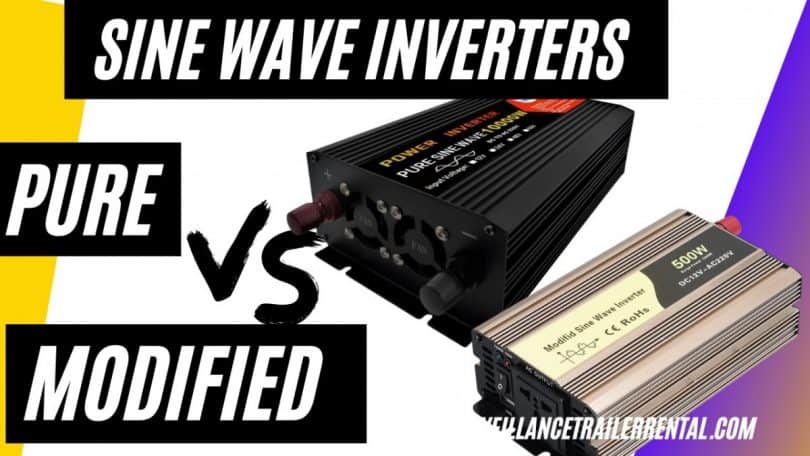 What should you be looking for when purchasing an Inverter?

Inverters are a vital component of every solar system. Inverters convert the DC power produced by your solar panels and stored in your battery to AC power. An inverter is required to power AC appliances and equipment commonly found in your home, cabin, RV, or off-grid video surveillance system. Before purchasing an inverter, you should consider your power consumption and the appliances you can power using an inverter.

There are two kinds of inverters that you can find when searching for inverters. They are pure sine wave and modified sine wave inverters.

This article aims to guide your choice by explaining the differences between these inverters and the ways they could power your installation.

What is a solar inverter?

Inverters are the bridge between your solar system and the devices drawing the energy from it. Inverters convert Direct Current (DC) which is what your solar panels produce into Alternating Current (AC). This is the standard for all commercial appliances. 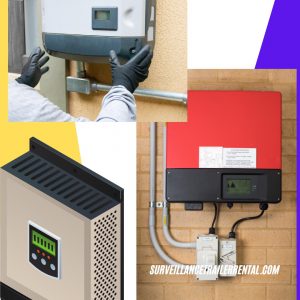 Solar inverters are an essential component of a solar system. AC power is used by the majority of appliances and equipment you have in your home. Therefore the energy generated by the panels (DC) has to be converted to AC. Inverters and charge controllers convert the energy generated by your solar panels into usable electricity. You’ll then be able to plug in your appliances and start using the AC power. Inverters also provide overload protection as well. This applies to both DC input and AC output to avoid damage to the components and the unit.

What are pure sine wave inverters?

What are modified sine wave inverters?

What can you power with a modified sine wave inverter?

They may be unable to work with appliances that use AC motors such as refrigerators, microwaves, or compressors. Equally, certain fluorescent lighting fixtures may not work using the modified sine wave inverter.

What can a pure sine wave inverter power?

Note: Although your laptop may function fine with a modified sine wave inverter, some experts suggest that they may reduce the battery’s lifespan.

What are the advantages and disadvantages of using a modified sine wave inverter?

Lower efficiency: Motors, such as those found in refrigerators, pumps, and fans will use consume more power from the inverter because of the lower efficiency. The majority of motors will consume around 20 percent more power. This is because motors are hotter when running and won’t last as long.

Incompatible with many appliances: As we’ve mentioned before, modified sine wave inverters will not work well with appliances with an AC motor or medical equipment, as well as other sensitive electronics. They may not light as brightly or emit a hum when using lightbulbs. Laptops could also experience a shortened lifespan when they are used with modified sine wave inverters.

What size inverter do you need?

Solar inverters come in different sizes. Inverters are rated according to watts, similar to solar panels. Your solar inverter converts DC electricity from your panels. Therefore you must have sufficient power to manage the total power generated by your solar array.

As a rule of thumb, the inverter’s size should correspond to the DC rating of your solar panel system. If you’re installing an inverter that is 3000 watts you must purchase an inverter with around 3000 W.

Conclusion? What should you purchase? 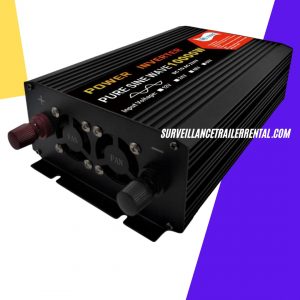 Pure sine wave inverters used to be fancier and more expensive for users. However, they are becoming more affordable. Modified sine wave converters are still an option for those who have fewer appliances to power and don’t have to worry much about efficiency. However, if you want the peace of mind of knowing your appliances and devices will operate safely and at the most efficient levels, we suggest purchasing a pure sine wave inverter.

Learn more about inverters and other solar components here.