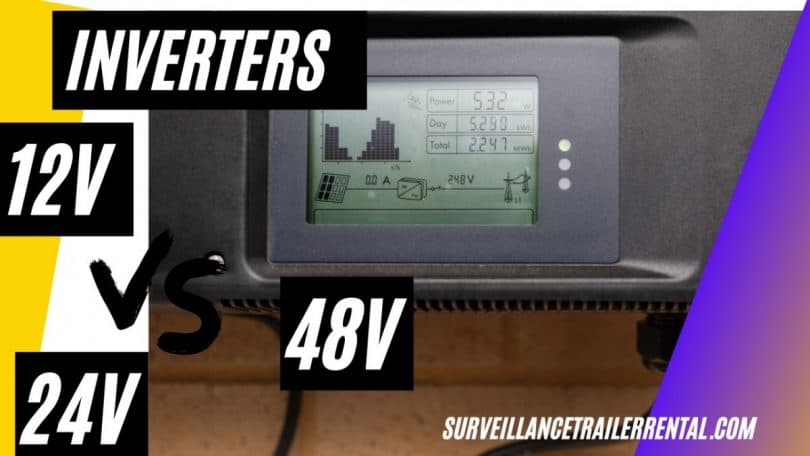 This article compares 12V vs 24V vs 48V solar inverter to help guide your choice of an inverter that fits your solar installation. There are two main factors to consider when determining the size of your solar system: voltage and watts. As you probably know that solar panels have a wattage and voltage rating such as 200W, 12V panels, so also do inverters. How do you determine if your system and inverter should be sized at 12, 24, or 48 Volts?

In This Article
What is the difference between Watts and Volts?
What are the functions of inverters and why do I need them?
Comparing 12V vs 24V vs 48V Solar Inverter
What is the ideal voltage for solar panels?
Can I run a 24V Inverter with just one 12V battery?
Can I use a 12V inverter with a 24V battery bank?
Is a 24V inverter more efficient than a 12V?
I’m off-grid and I’m wondering if a 12V inverter is good for me?
How do I determine the right size for my system?
What is the price of inverters?
12V vs 24V vs 48V Solar Inverter: Which is better?

What is the difference between Watts and Volts?

Solar installations are rated based on the amount of power they generate. Power is equal to the product of voltage and current as you might have learned in high school.

To determine the amount of power a system can generate, you need to know both the system voltage and the output current. If both systems 1 and 2 have the same output voltage, then the one which produces the most power is the one that produces more current given a certain amount of sunlight.

Let’s take a look at two examples that can aid in understanding this. Let’s say system 1 operates at 100V and produces 1,000W. The other System 2 runs at 50V and generates 2,000W. System 1 might be operating at higher power, but system 2 produces the most power. In a grid-tied system, system 2 will result in an electric bill that is lower.

In a different scenario, both systems have the same voltage of 100V. System 1 is able to produce 1,000W, whereas system 2 can produce 2000W. System 2 is going to generate the most energy and will result in a bigger decrease in the cost of electricity.

What are the functions of inverters and why do I need them?

Inverters act as the link between your photovoltaic (solar) system and the devices and appliances that draw energy from it. Inverters convert the Direct Current (DC) generated by your solar panels into an Alternating Current (AC). This is the standard for commercial appliances. Inverters, similar to panels have a wattage and voltage rating.

What is the ideal voltage for solar panels?

Inverters and panels are typically available in 24V, 12V, or 48V versions. The majority of boats and RVs have 12V battery banks, and the majority of people use 12V panels. Be sure to check the voltage of the battery bank to ensure it is compatible with your panels and the rest of your system, particularly your solar panels. 12V systems used to be the norm for homes, however, today, many larger home systems are rated at 24V or 48V.

Motorhomes and RVs are equipped with 12V batteries for lighting and hot water heater control and heating controls, as well as cooling controls, and refrigeration. Therefore, it is sensible to utilize the voltage that works for the particular system.

If your power needs exceed 3,000 Watts, you should consider a voltage upgrade. Opt for a 48V system. Larger homes off-grid typically require 48V.

If you’re somewhere in between those ranges, such as 3,000 Watts, one benefit of using a higher voltage inverter and battery bank is that it could save you money over the long term. This is possible because you’ll be requiring fewer charge controllers and smaller cables to provide the same amount of power.

Can I run a 24V Inverter with just one 12V battery?

It is best to match the inverter’s voltage to the voltage of the battery bank for security and long-term durability. If you have a 24V battery, you will need a 24V inverter.

Is a 24V inverter more efficient than a 12V?

No, not really. It all depends on how much energy you will require and the size of the other components. What is crucial is making sure you properly size your system to determine what power and voltage are best for you. If you have an electric battery bank that is 24 Volts, a 24V inverter is definitely best.

I’m off-grid and I’m wondering if a 12V inverter is good for me?

Most of the time, yes, depending on your energy needs. If you’re living in an RV, van, motorhome, tiny home, or you are operating an off-grid video surveillance system, a 12V inverter system is typically enough. There is a wide selection of top-quality 12 Volts, pure sine wave inverters that are great for many mobile and lower-energy applications. It is great for low-energy and mobile devices. 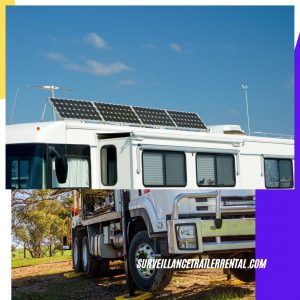 How do I determine the right size for my system?

As a rule of thumb, you’ll want an inverter to match the watts and voltage of your solar panel installation. You’ll need to check the specifications for your solar panels in order to figure out the precise ratio of the solar array to inverter.

It is crucial to develop systems that can be used to serve a variety of functions throughout the year, especially in winter when there is less sunlight. If you own an energy-efficient 3000Watt, 12V solar panel, you’ll require at least a 3000W, 12V inverter.

What is the price of inverters?

It is important to consider your specific energy needs when deciding whether to go with a 12-, 24-, or 48-volt system. In simple terms, it’s a matter of deciding if your energy needs exceed 3,000 watts, choose a 48-volt system. If your energy requirements are around 1,000 to 5000 watts, you should choose a 24-volt system. 12 Volt systems are the best when you want to create a smaller system for your tiny house, RV, or van. Don’t let the 48-volt system fool you into thinking that it is the best, it is just one with the highest rating. As with everything else that goes into a solar system, you need to consider your specific needs and the components that are already in place, and the entire system.