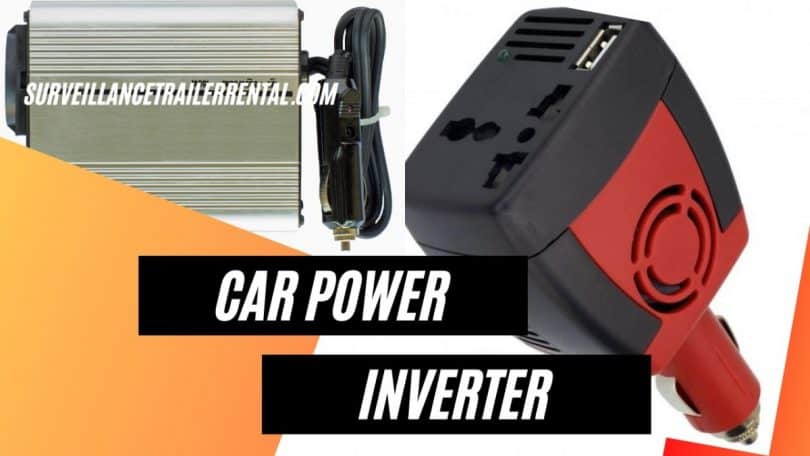 What is a car power inverter?

A car power inverter allows you to run low-power AC electrical devices, such as computers, video cameras, sound systems, and televisions inside your car.

Some power inverters come with additional features, like lighter plugs that allow you to use a DC device with the AC receptacle. This article explains the pros and cons of using a car power inverter.

How does a car power inverter work?

The electrical system in your car is a 12-volt DC system. It is powered by the alternator and battery when the engine is running. The power inverter works by allowing the user to tap into the system and draw a small amount of power to run 120-volt AC devices.

Can every small AC device function on the power inverter? 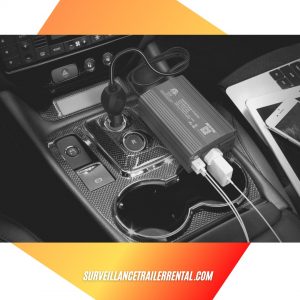 Usually, modified sine wave inverters that are less expensive and more popular are often used by almost 90% of small AC devices. This inverter type won’t charge certain rechargeable batteries and could cause interference patterns on printers and computer screens. Generally, from tests, modified sine wave inverters perform well on laptop computers. Make sure you check with your manufacturer before you plug them in to avoid damages.

Pure sine wave inverters which are usually more expensive use similar high-quality AC electricity that is supplied to the outlets in your home. They’ll power any small AC appliance as long as they’re within the wattage capacity of the socket for your cigarette lighter and inverter.

What size of AC device can I run? 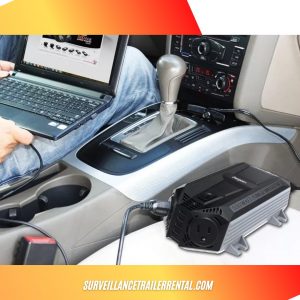 Laptop and other devices connected to a car power inverter

Check the amperage of a device on its power adapter, and multiply by its voltage to get the power consumption. For instance, a 2 amp device operating at 12V consumes around 24 watts. However, note that inefficiencies in the power inverter or devices can cause the actual wattage of the device to vary.

Are there other issues concerning power inverters?

Yes. Inverters usually generate heat and need ventilation. Many inverters have in-built fans that make use of electricity to keep them cool. Power inverters will not work well at temperatures above 90 degrees F. Unless your engine is running and charging your batteries, inverters may also drain your battery quickly.

Inverters have an alarm that warns you when they sense a weak power source. However, it might be worth it to purchase a more expensive inverter that automatically turns off when it detects a low battery. It isn’t a good idea to leave small AC devices plugged for long without the car engine running.

You can connect a larger power output inverter directly to the battery in your car. However, the charging system and battery must be able to cope with the large power draw. Consult an auto-electrician if you plan to use large inverters.

What is the cost of power inverters?

If you’re unsure of your device’s ability to handle a modified sine wave inverter, look for a model that comes with its own 12-volt lighter plug. With this, you will simply plug into the socket for lighters without an inverter.

A lot of electronic devices sold today are designed to be used by consumers in and out of the home, and they include AC plugs, as well as plugs for cigarette lighter outlets.