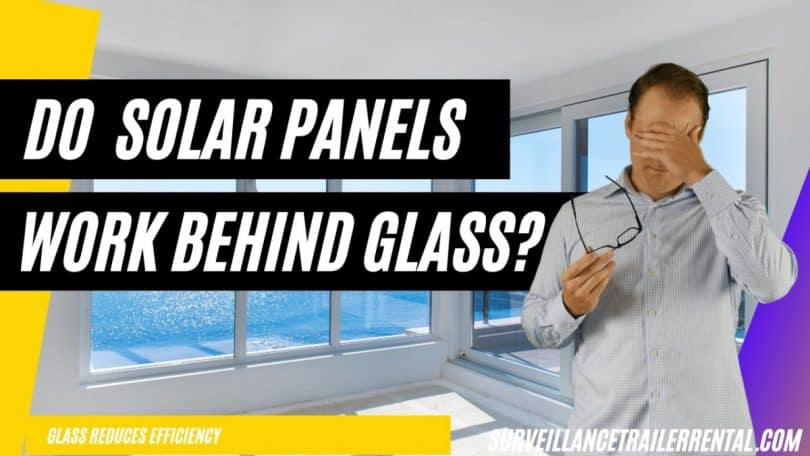 Solar panels come is many different sizes and can be used to power entire homes, or charge a call phone. They are now available for a variety of use cases, from those that can be attached to an umbrella at the beach to large arrays used to power your home. They’re so useful and portable, it makes us want to install solar panels everywhere possible to generate power. You might be wondering if you can use solar panels through windows or within the vehicle or inside a house.

Yes, you can put solar panels through your windows made of glass, but they won’t work as efficiently as if placed outside.

To understand why, we first need to examine the way solar panels function.

Solar panels are composed of many photovoltaic (PV) cells that are enclosed between semi-conductive materials. The substance used is typically silicon and in old panels, it could be glass.

To generate power, the PV cells need to be fed by an electric field. To create the field and allow current to flow, phosphorus is added to one end to create negative charge. Next, boron is added to the opposite to generate a positive charge.

With these electrical current flowing through the PV cells, power can be produced.

When photons from the sunlight hit the PV cells, they disrupt the flow of electrons. Then, the stray electrons are absorbed by the conductive plates of the solar panels and used to generate power.

There are several reasons to place solar panels behind glass:

The Impact of Glass on Solar Panel Efficiency

It may seem logical that solar panels would perform better when place behind glass but in reality that’s not the case. 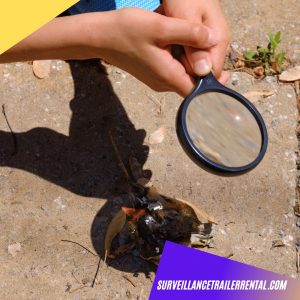 Everyone has experienced the difference in heat when sitting inside a car with the windows up in the middle of August compared to standing outside.

So, it may feel warmer inside the vehicle but solar panels don’t transfer heat into power, so this observation is irrelevant.

We are more interested in the quantity and the composition of photons that reach the PV cells.

Now that you understand solar panels rely on photons reaching PV cells for their operation it should be no surprise that panels will perform better if more photons make it through.

Putting something such as glass in the way will negatively impact the volume of photons. Glass allows certain photons to pass through it, but it also refracts some. Photons that traverse the glass are slowed down and actually shift direction. The process of light bouncing off the glass is known as refraction. 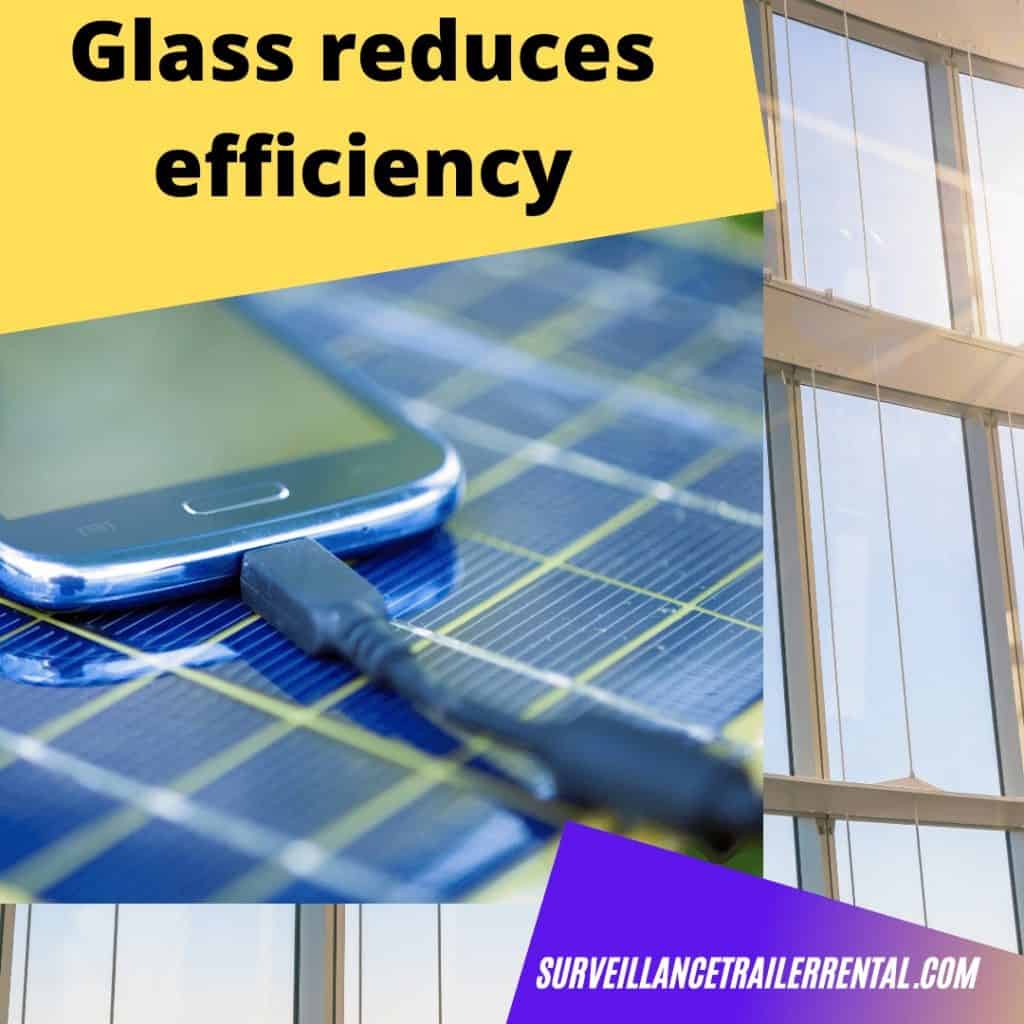 Reflected light particles don’t get to the solar panel. This reduces the number and probability of an electron bouncing away from the PV cells.

Angle and Direction of Solar Panels

The angle of the solar panels and the direction they are facing will also impact the efficiency of their power generation.

Outdoor solar panels are generally mounted to a south-facing surface in the United States. It is so that they can be exposed for the longest amount of time to sunlight. Research has shown that this causes a significant difference in effectiveness. Panels facing east or west are around 20% less efficient and north-facing panels are about 40% less efficient than those that face south. Panels should face south to catch the maximum sunlight and to generate the highest energy.

A caravan or car can give you the ability to simply move the vehicle so that the panels face south so to maximize the amount of sun.

You can enter throughout the day. It is different when driving. Your windows are typically tiny and don’t let much light in.

If you’re inside, it means that you’re more likely to be shaded for many reasons. This could be a glass frame or a branch from a nearby tree. If your solar panel is covered in shade, it will cease to be able generate electricity.

Outdoor panels will get sunlight regardless of their orientation. However, panels setup inside near a window will experience negative impacts to efficiency from shading due to the window frame and trees casting a shadow. This is in addition to the refraction already caused by the glass.

Solar panels can perform less efficiently when they are operating in high temperatures. Since silicon in photovoltaic panels is a great conducts heat, your panels absorb a lot of heat. Some studies have revealed that efficiency drops 0.5% for every 25oC degrees.

It is evident that it can be very hot inside a house or car that does not have air conditioning. It’s common to find temperatures in a vehicle much hotter than outside and this can create additional problems with efficiency.

While it’s true that there are some hits to efficiency due to heat, it wouldn’t be smart to remove your panels during the hottest times of the day because that’s likely when the sun is at it’s peak!

Recommendations for Using Panels Behind Glass

If you are still using the solar panels behind glass, you can try some of these things to increase the amount of power they generate:

Solar panels will work behind glass or windows, but you won’t get the same efficiency as you would if they received direct sunlight.

The reason solar panels are less efficient behind glass is because the glass refracts photons, preventing them from reaching the solar panel.

Your decision to place solar panels behind glass should depend on your power requirements and unique situation. If you need to power the entire home using solar panels, then placing them behind glass isn’t a viable option.

The best use case for solar panels behind glass is for charging small appliances or electronics, like a cell phone.