Home » Do Solar Panels work in The Shade? 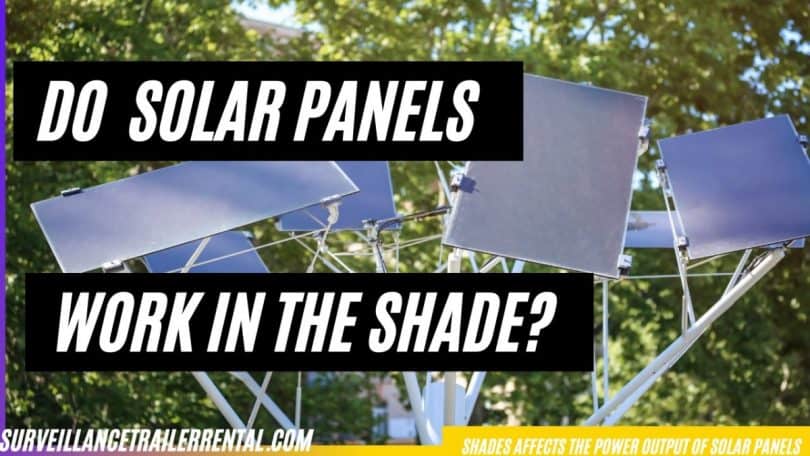 Do solar panels work in the shade?

In This Article
Do solar panels work in shade?
What are the sources of solar panel shade?
Effects of shade on solar panel efficiency
Solar inverter solutions
Microinverters
String inverters
Power optimizers
Finding the ideal solar system for your unique property

If the sun is not shining directly on your solar panels, they will produce maximum power. When obstructions such as trees shade the solar panels, the output efficiency decreases. This would result in lower power output and could cause problems. This article discusses the effects of shade on the efficiency and output of solar panels.

Do solar panels work in shade?

Solar panels will still work in the shade, albeit with a lower power output – a lesser capacity due to limited exposure to sunlight. Generally, it is estimated that solar panels with shade and cloud covering will produce only half the power as the ones exposed to direct sunlight. However, this figure may vary depending on the number of panels in the shade.

What are the sources of solar panel shade? 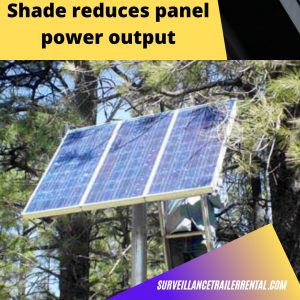 A solar panel covered by trees

There are many sources of shade on solar panels.

Shaded solar panels generate less power when compared to those that are directly under sunlight. Exposure to lesser sunlight is the main reason for lower efficiency. However, the layout of your solar system, specifically, the panels, and their inverter(s) are also important. The solar panels may not function well if your roof has been completely shaded or if nearby trees are not trimmed or removed. Some solar inverter solutions may limit extreme efficiency loss if your roof only experiences partial shading at specific times of the day.

Solar inverters are associates with solar panels – they convert DC to AC. The Alternating Current is the source of electricity for most homes. A good solar inverter will aid in reducing the loss of efficiency caused by shaded panels. The following solar inverters all combat shade in a variety of ways.

A solar system using micro-inverters will require that an inverter is installed for each particular solar panel. Micro-inverters operate like a string of Christmas lights. If one light is off, the remaining lights will stay lit. In solar panel arrays that are equipped with micro-inverters, if one panel has a shadow cast over it from the nearby trees, the panels around it will still be operating at maximum efficiency due to the fact that each panel in the array has its own inverter.

These are the most common inverter technology. In a string inverter system, there are many panels linked to the same inverter. The whole system will function at the power of the panel that is the weakest. For instance, if the tree near your home casts a shadow over a single panel in a row on the roof, the entire panel set will only function as efficiently as the panel that is shaded.

If you expect that your solar system will be shaded for an extended period of time, think about installing a system with power optimizers or micro-inverters. Although they are a bit more expensive than standard string inverters, these inverters will produce more power and thus provide more long-term savings.

Finding the ideal solar system for your unique property

Shade can affect solar power, however, these variations and drops in performance can be minimized regardless of where you reside through panel layout and inverter selection. Solar installers can design solar installations that are based on your property’s shading and provide you with the most suitable and effective solar system.